Great Travellers of this World
All of the travellers have earned glory and fame for dedicating their whole life in travelling, such as:
Sir Walter Raleigh
He is a traveller famous for settling the colony of Virginia in America. He visited America inquest of the gold city “El Dorado”.
Michael Palin
His fame was spreaded for travelling the Sahara and the Himalayas. He travelled from pole to pole and followed in the footsteps of nomadic writer Earnest Hemingway. 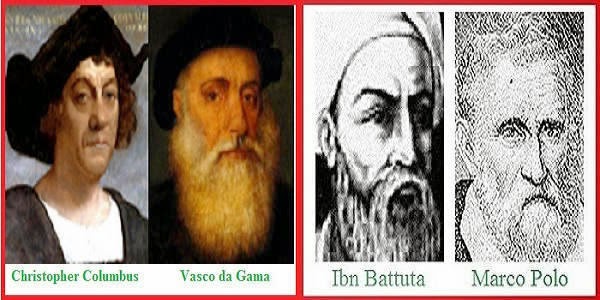 Hernan Cortes
He is one of the great travellers of this world. He was a member of conquering Cuba as well as Mexico. In fact, here he conquered the whole Aztec Empire.
Thomas Cook
He is the person who started train journey to London for the first time as leisure. After that it was started to Paris and beyond.
Richard Burton
I must mention Richard Burton as a great traveller of this world. This is a famous person who explored Africa’s great lakes with John Hanning Speke in quest of the source of the Nile.
Marco Polo
He is the most renowned explorer who travelled China, Persia, Afghanistan, India and Burma. In the 1270s, he set out for China.
John Cabot
He is regarded as the first explorer of Canada. He explored from Baffin Island to Maryland and made colony of England.
Roald Amundsen
He is a great traveller of this world who was the first person reached the South Pole and flew over the North Pole. He found the North West Passage.
Lewis and Clarke
They made the first American “road trip” for 28 months when the US government bought the western part of the USA from France in the 1800s.
Captain James Cook
This person visited all seven continents and crossed the Arctic and Antarctic circles. He created the map of the Pacific.
Xuan Zang
He was a Buddhist monk who travelled Afghanistan, Pakistan, all of India and the deserts and mountains of western China. Many people like him as a great traveller of this world.
Ibn Battuta
He is a great traveller who travelled more than 120000 kilometres which comprises of 44 countries from Italy to Indonesia, Timbuktu to Shanghai.
Christopher Columbus
He made four voyages across the Atlantic and around the Mediterranean. Indeed, he opened the door to European in America.
Aphra Behn
She was the first English woman who made a living by pen and visited Suriname (probably), Antwerp and the Netherlands.
Yuri Gagarin
He was a different kind of traveller who visited around the earth and 315 km above of it. He is the first man in space. He is a real great traveller of this world.
Fridtjof Nansen
He travelled through skiing across Norway. He crossed Greenland for the first time. . He is recognized as godfather of polar exploration.
Charles Darwin
He travelled across the Atlantic and Pacific. He visited Galapagos and Tahiti islands. He also travelled across Argentinian plains and trekked through the Peruvian desert.
Vasco da Gama
He is the first European who reached India by sea. He is one of the most celebrated explorers from the “Discovery Ages”. This great traveller of this world made the European proud very much.
Amerigo Vespucci
He explored the east coast of South America. The name of the continent “America” was derived from his first name “Amerigo”.
Louis Jolliet
This person explored much of the Mississippi river among the Europeans. He maps much of this river too.
Sir Francis Drake
He was an Elizabethan naval commander who is famous for carrying out the second circumnavigation of the world from 1577 to 1580. This is why he is recognized as a great traveller of this world.
Sir Humphrey Gilbert
He is the founder of the first English colony in North America. He has a belief that there was a north-west passage by water across the North American Continent.
Jacques Marquette
He is famous for founding Michigan’s first European settlement. He was the associate of another traveller Louis Jolliet.

Sir Ernest Henry Shackleton
He is recognized as a polar explorer. Three British expeditions were led by him to the Antarctic.


All of the great travellers of this world will be remembered for their contribution in exploring this world.
Tags: Christopher Columbus, Marco Polo, Vasco da Gama